Whānau Whānui works alongside the Hauora Taiwhenua Council, and across all Chapters, to acknowledge the unique place of Māori and Tangata Whenua O Aotearoa.

We contribute an informed and highly valued rural Māori perspective to all of Hauora Taiwhenua’s work.

Working alongside all Chapters, we hope to strengthen their relationships with iwi, Māori, Hapu and Whānau and support their understanding of issues that are impacting on Māori health outcomes.

As an organisation, Hauora Taiwhenua will adopt the Tikanga Guide that was recently developed in partnership with Te Rōpū Arahi. Operationally- this translates into inhouse staff development, and guides tikanga practice across all levels of Hauora Taiwhenua activity. Our work will contribute to the development and implementation of both Government and Hauora Taiwhenua policies that support the education, training, and recruitment of the rural Māori health workforce. 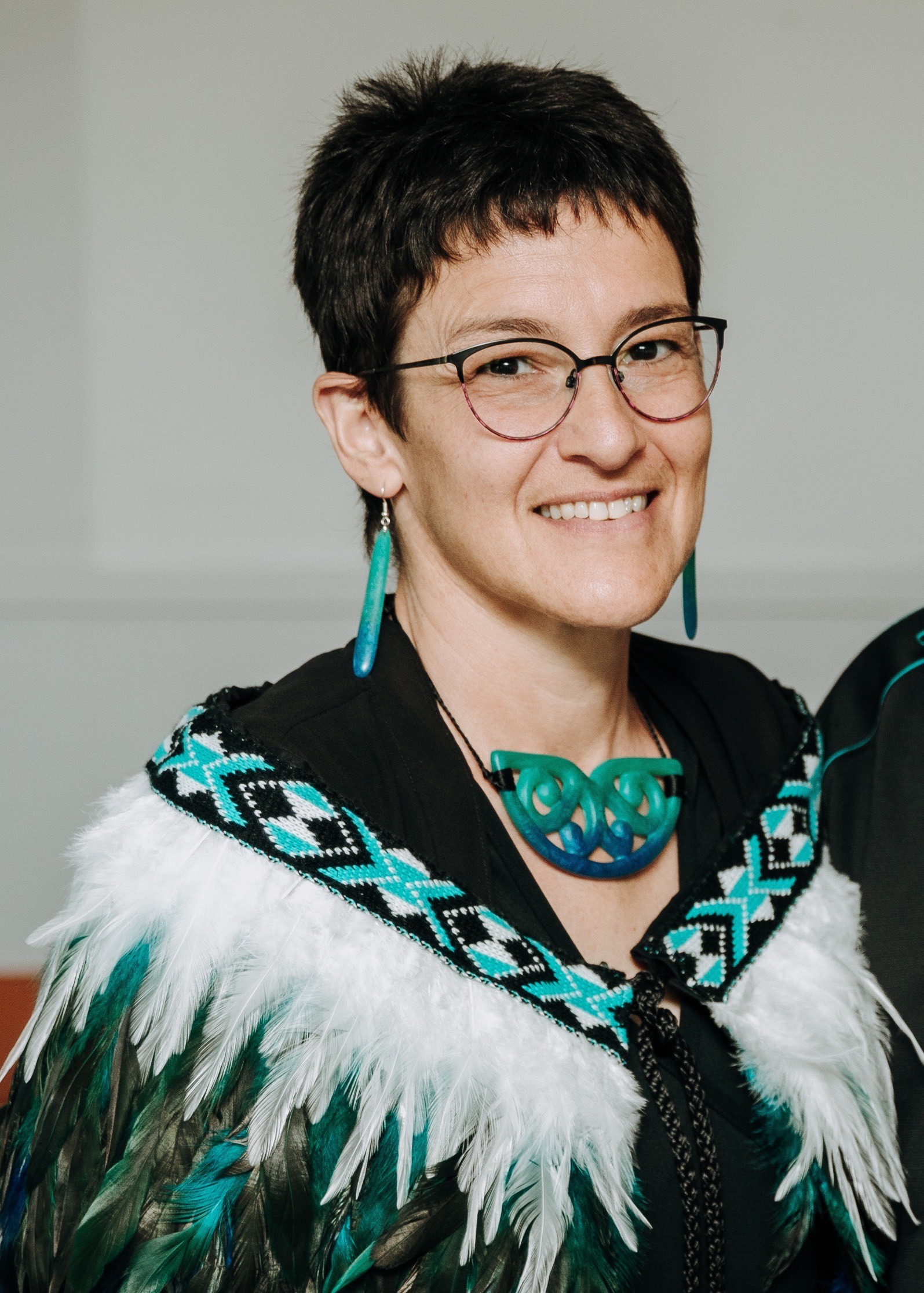 I was born and grew up on Pitt Island, in the Chatham Islands. I have a strong affiliation with Ngati Mutunga o Wharekauri as Wharekauri remains turangawaiwai to me and my whanau remain there.

I have spent 30 years in General Practice, mostly in rural and remote communities, including Pitt Island, Wharekauri, South Island West Coast and for the past 12 years in South Canterbury.

I am the Deputy Chair of Te Aitarakihi Society Inc. A local Marae-a-iwi for Mata waka and all cultures within South Canterbury. Through this organisation I chair a Health and Well-being Committee, with the view of increasing health care for Māori in the region.

I was on the RGPN board for 6 years until 2018. I also served on the Nursing Council New Zealand, for two terms, finishing in Feb this year.  I was asked to rejoin Te Rōpū Ārahi in the transitional phase of RGPN to Hauora Taiwhenua Rural Health. I am a council member also.

My drive is to influence policy and systems that enable genuine change and improvements to health outcomes for Māori, whanau, hapu and iwi in rural hapori whānui. 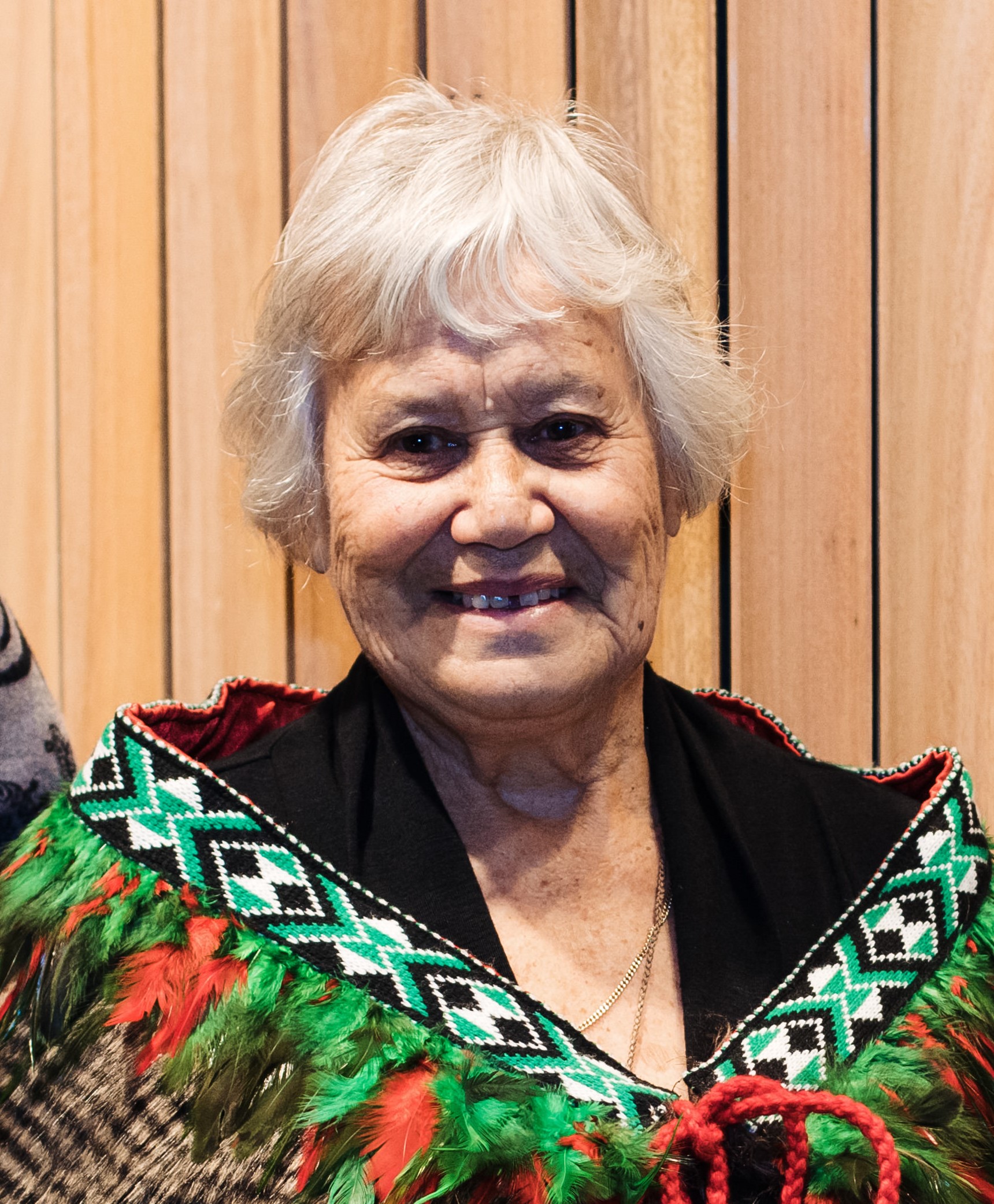 Kim and her husband Jim have lived and served the communities of National Park, Waimarino and Turangi for 45 years, sharing five children, eight grandchildren and three great grandchildren.

Educated in Wellington and other small rural towns in NZ, Kim successfully completed her nursing education at Wellington Hospital, followed by a post-graduate certified programme in Operating Theatre Management.

Moving to Australia, Kim lived and worked for twelve years before returning home to complete her Maternity Nurse and Midwifery registrations.

In the nineties, Kim moved to Turangi, which led to her commitment to the health of Māori where she was invited by the Ngāti Tūwharetoa Kohanga Reo Tino Rangatiratanga Kaumatua to work as the Nurse for Tamariki and whānau. This wonderful role ultimately led to Kim being the inaugural CEO for Tūwharetoa Health Services for fifteen years.

Kim is privileged to have represented Ngāti Tuwharetoa as a member of the Iwi/Māori Iwi Council Waikato DHB. The Te Kohanga Kotahitanga Iwi Health Governance Board Iwi representative Lakes DHB and the Midland Iwi Relationship Board and the Taranaki, Waikato, Lakes, Bay of Plenty and Tairāwhiti District Health Boards.

A major success for Kim was the establishment of the DHB CEOs and MNIRB agreed working partnership.

Kim became a member of the NZ Rural General Practice Network and served on the Board for twelve years. She was instrumental in supporting the Network to form a partnership with Iwi/Māori.

In 2018, Kim received the Ministry of Health Volunteer of the Year Award for community services, and a further award for her contribution to Māori health.

Kim is now a retired Nurse and Midwife with experience in hospitals, general practices and education NZ and Australia, community health services urban and rural. 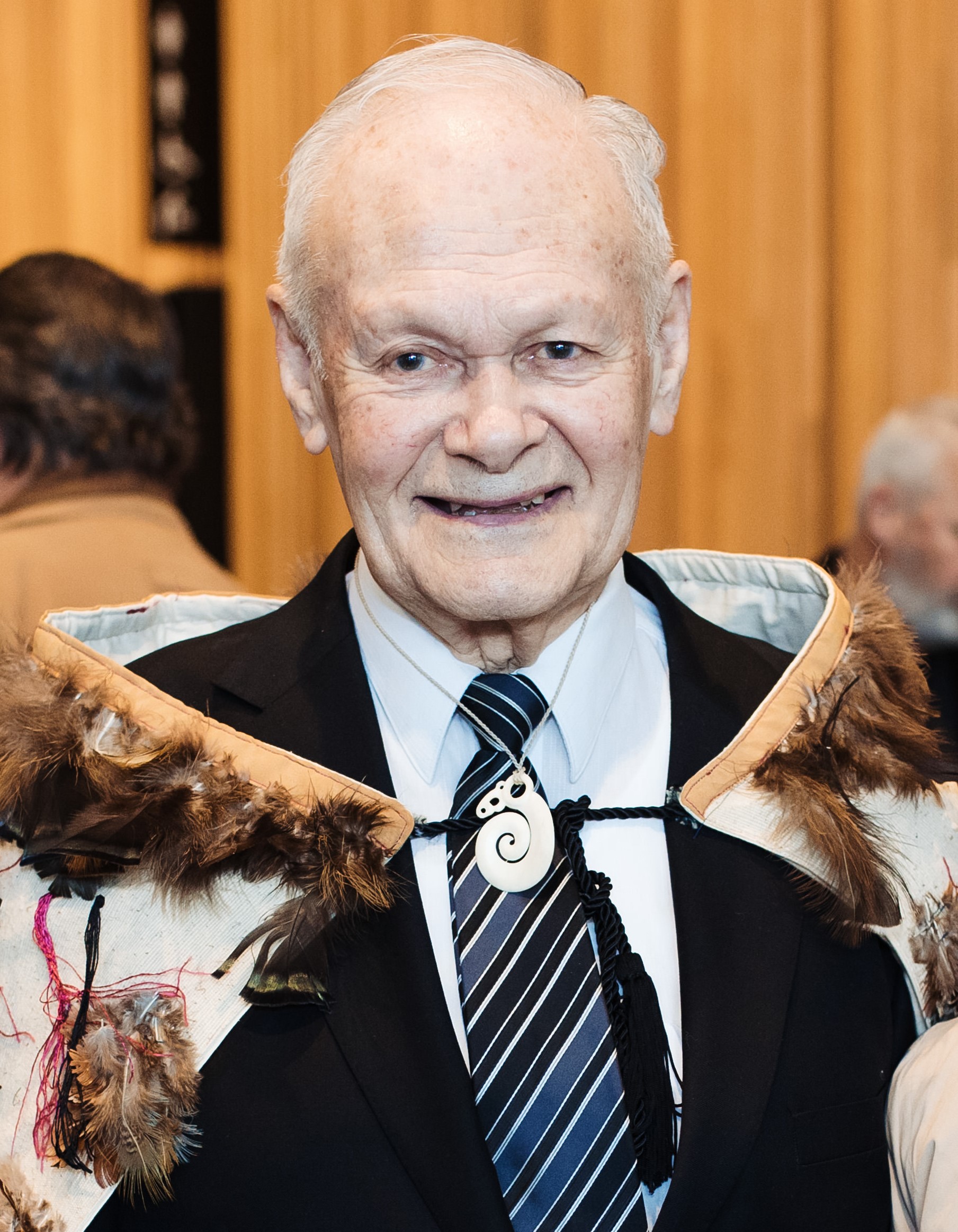 Francis Bradley is a final year medical student at the University of Auckland currently based at Waikato Hospital. He is one of the four co-chairs on the Students of Rural Health Aotearoa (SoRHA) Open Governance Group, and is one of the Youth representatives in Te Rōpū Ārahi (TRĀ), the Tiriti partner to Hauora Taiwhenua Rural Health Network. He was invited to be a member of TRĀ by whaea Kāmiria Gosman and matua Bill Nathan in early 2019. Francis has been engaged with Grassroots Rural Health Club based in Auckland, previously serving as the Education Representative in 2018, co-developing the first noho marae experiences and engaging Māori medium schools in the growing Rural Health Careers Promotion programme.

Born and raised in Kaitāia, Francis firmly holds the values of fairness and service to community with a particular passion in addressing health inequities experienced by whānau Māori and rural communities. Over the summer of 21/22, he worked as a Covid vaccinator and currently works part time as a COVID-19 Case Investigator in the Waikato Public Health Unit. Francis is happily married and prioritises sharing time with those he loves. 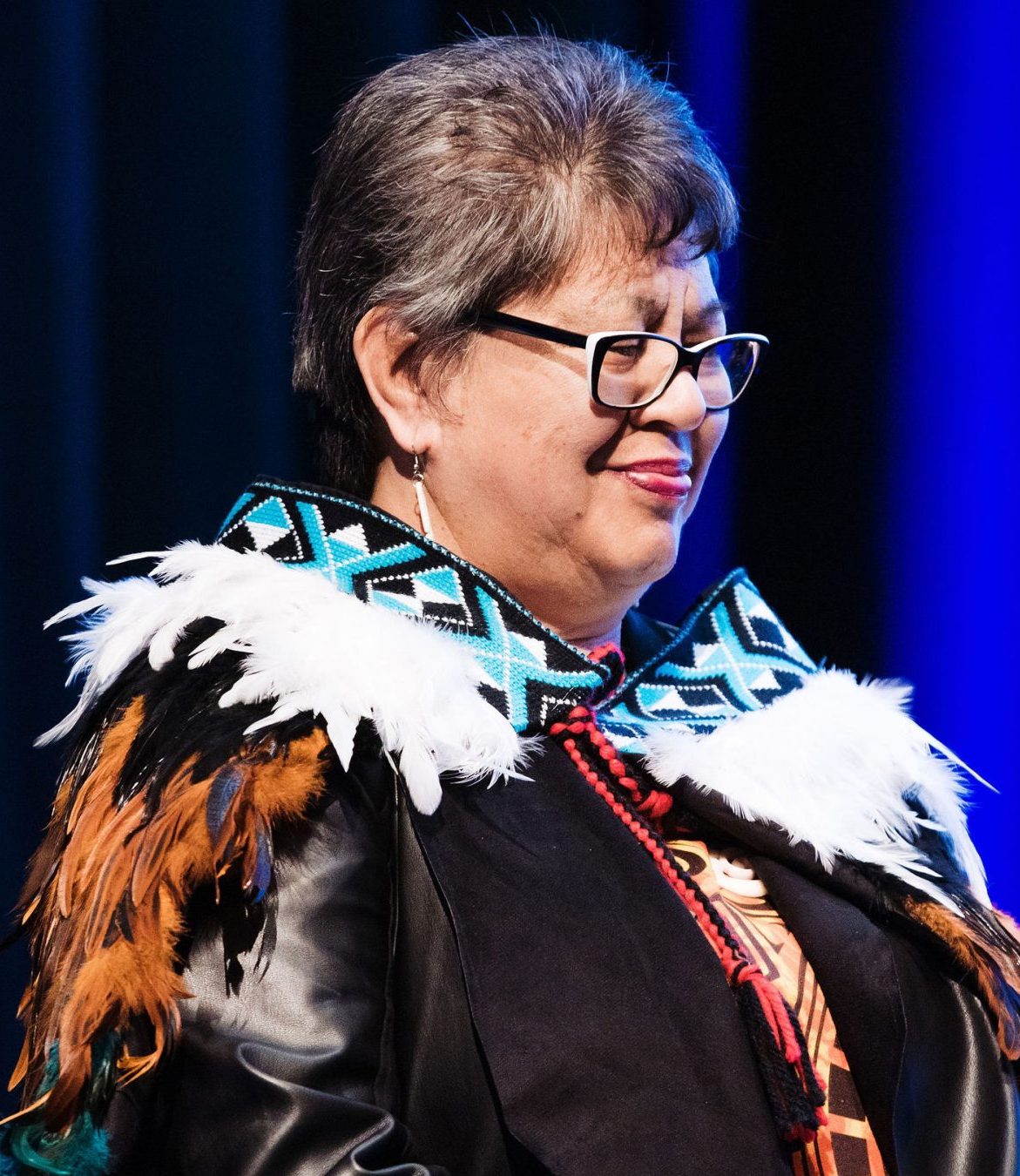 My name is Jaana Kahu, I live in Kaikoura.

I come from a large whanau who have alway practiced the value of whanaunatanga.

I have a huge passion for the well-being of Whanau, Hapu and Iwi.

I have held a number of health portfolio’s for Ngati Kuri these potions are as follows: 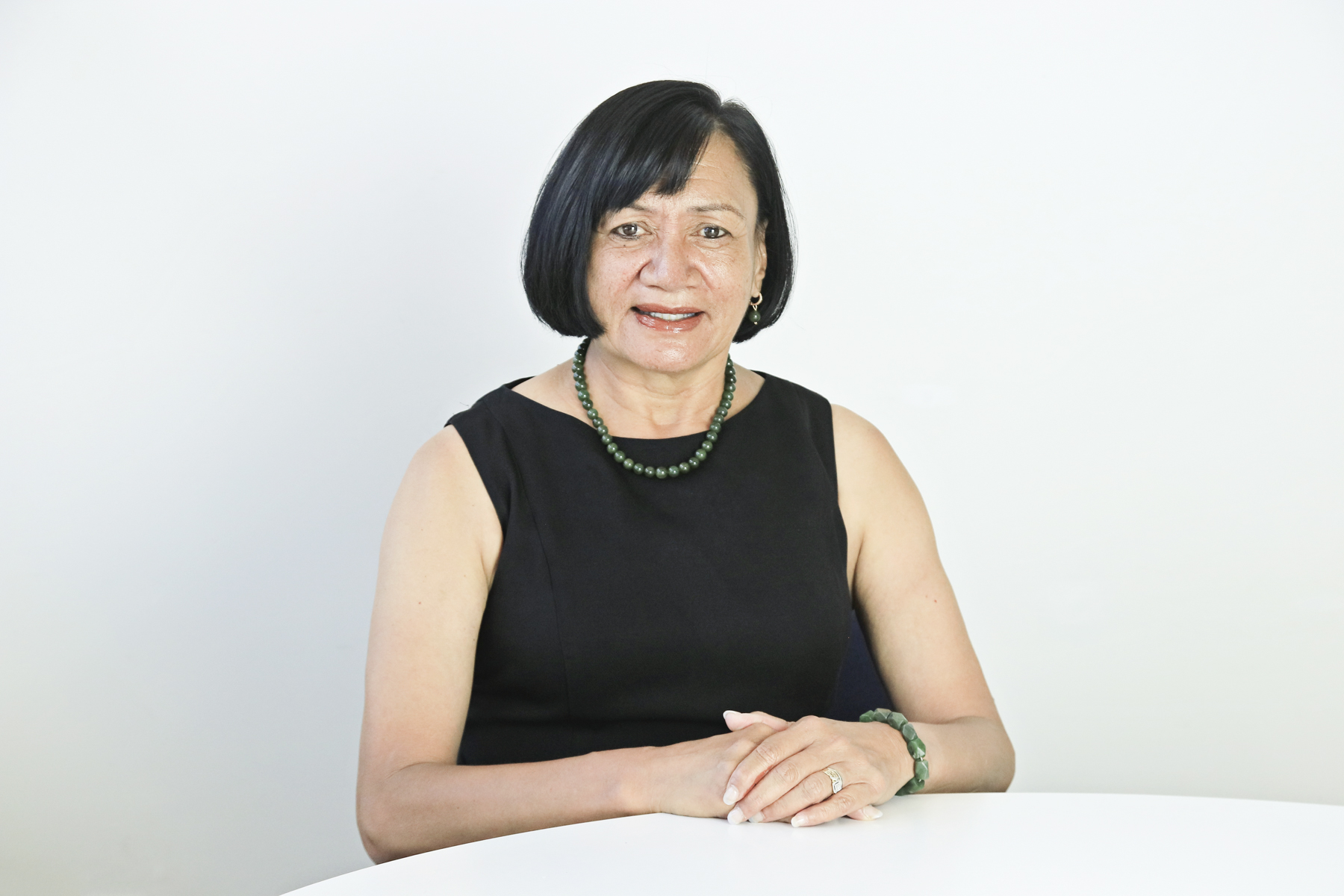 Rhoena began her career in rural nursing in 1993 after graduating from Northland Polytechnic as a comprehensive Registered Nurse. Her career began at the Bay of Islands Hospital in general rural nursing including paediatrics, coronary care and acute emergency care. She later undertook a role within Public Health working in small rural communities. She has worked with the Ngati Hine Health Trust as a mobile rural nurse and later moved onto a clinical management role. In 2010 Rhoena was endorsed by New Zealand Nursing Council as a Nurse Practitioner and has subsequently maintained her rural nursing perspective within the Ngati Hine Health Trust, Te Kohanga Whakaora (Kaitaia) and the Whangaroa Health Services. Each organisation has provided a diverse arena for learning, and growing as a rural advanced nurse. Rhoena also has representation on the New Zealand College of Nurses (Fellow); Te Tai Tokerau Nursing Leaders Group (Nurse Practitioners); Northland Rheumatic Fever Group; Northern General Practice Emergency Service Steering Group; the New Zealand Rural Nurses working group; and as a Nurse Practitioner mentor she has been part of nine aspiring nurses’ pathways to becoming Nurse Practitioners

Kaumātua to Board Chairperson Raglan 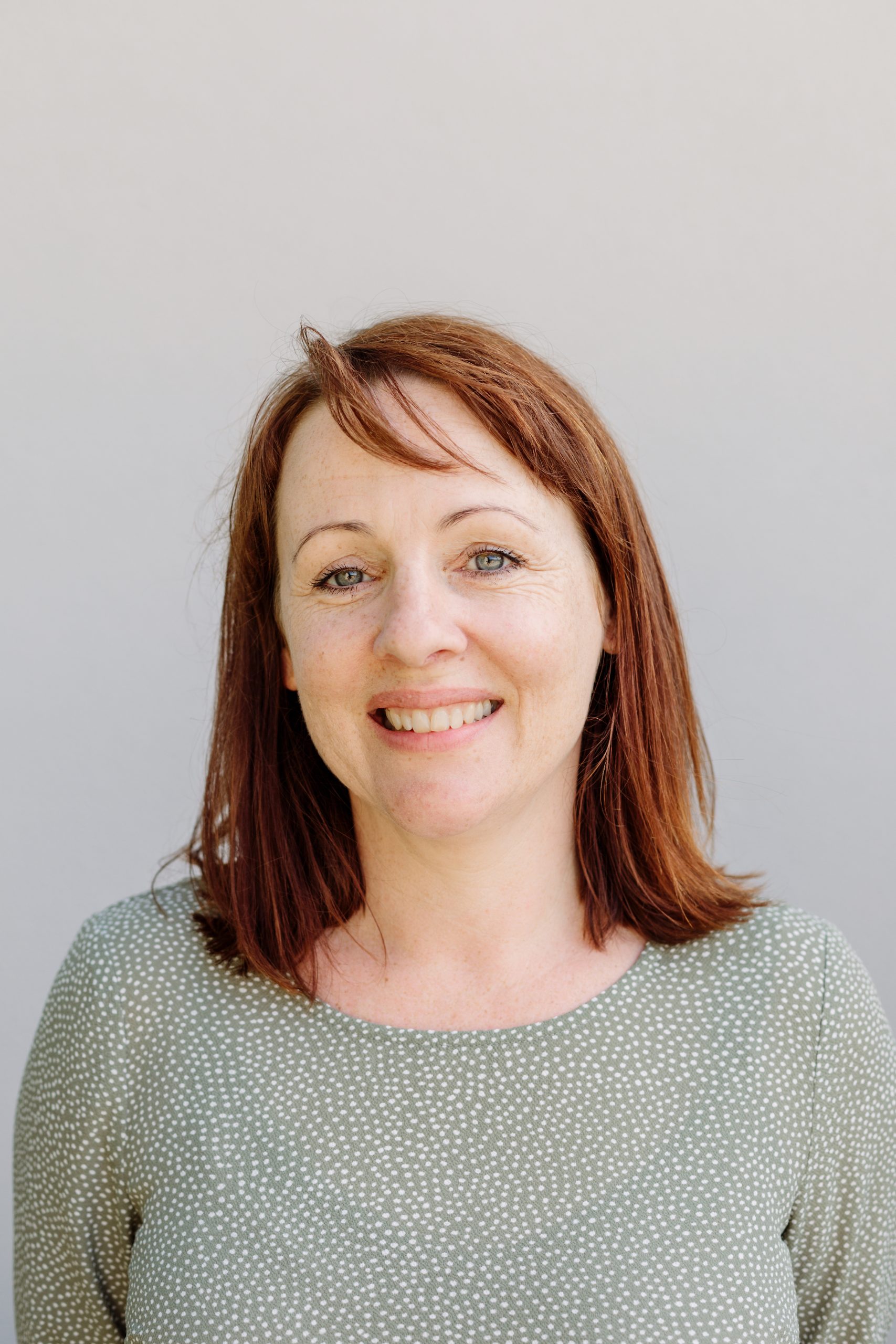 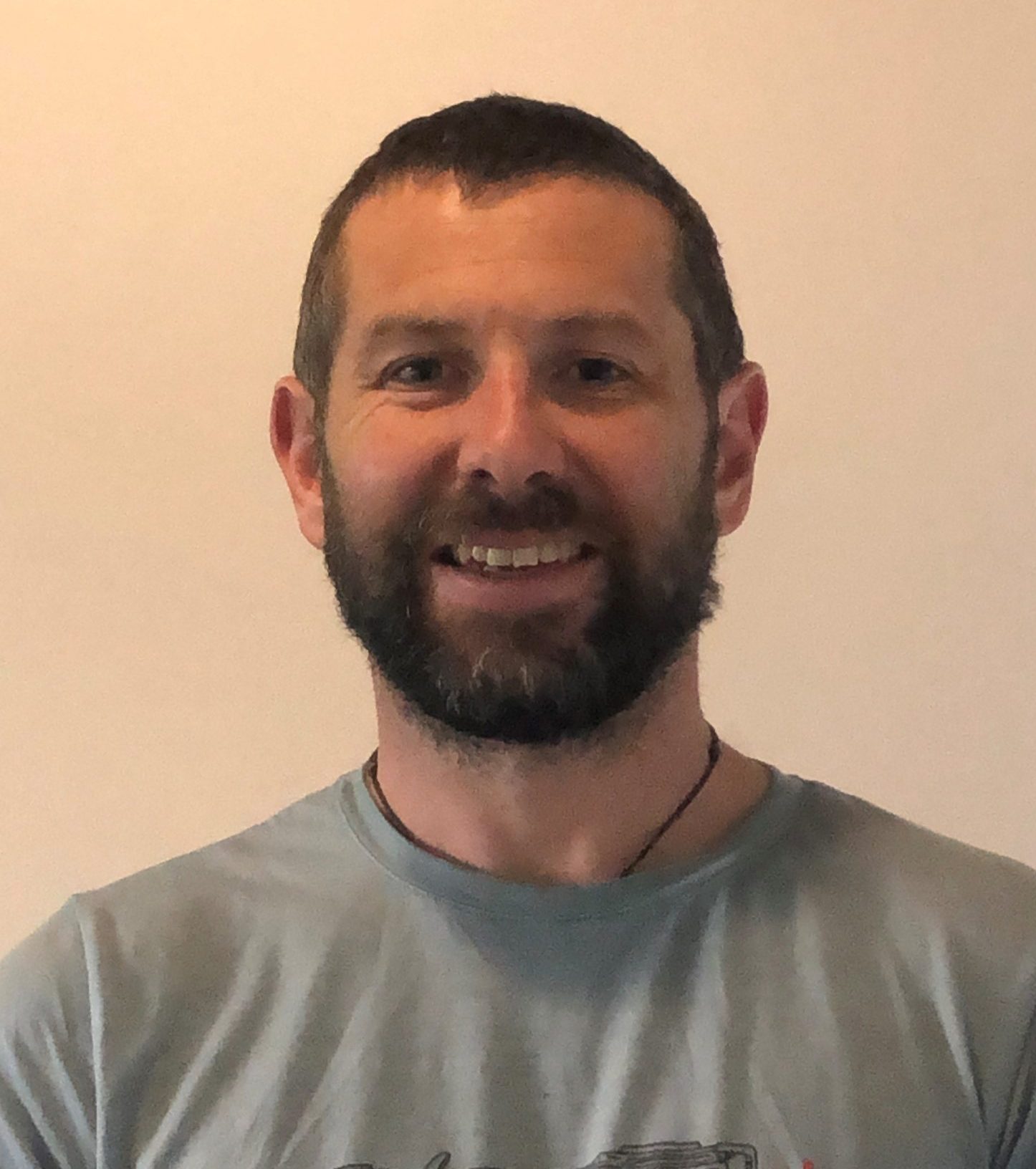 I have been a member of the RGPN organization since 2009. In 2012 my colleague Sharon Hansen encouraged me to stand for a position on the board as the Sth Island representative. After which I was a board member for 6 years. I left the board in 2018, only because I had been appointed to the Nursing Council of New Zealand and was struggling with the time commitments. When I resigned from Nursing Council in February this year – I was asked to re-join Te Rōpu Arahi through the transition phase from NZRGPN to the new entity of Hauora Taiwhenua Rural Health Network. I willingly agreed!

I am excited to see the union of so many of our rural colleagues in this new entity. Rural Midwives and Allied health colleagues that we have worked along side for many years, and watched the same struggles for them, all coming together to strengthen the voice for rural health, can only benefit both provider and community.

I am though MOST delighted to see Māori have a voice and a space in Hauora Taiwhenua. This allows room for Māori and whanau to engage with each other and share their experiences of rural health from whatever perspective they come. We are finally seeing a change from the Ministry, that has Māori in positions  and places (MHA) that influences, from the very top, the delivery of health services for Māori- and that WILL change health outcomes through mana motuhake and tino rangatirotanga

I look forward to being a part of an organisation that actively engages a Te Tiriti Partnership approach to all the mahi it does at all levels, Ministry through to individual Rural Practitioners and Hapori Whanui.

Whanau Whanui will be a whanau within this organization, and we will grow to support the Kaupapa of Hauora Taiwhenua Rural Health Network. 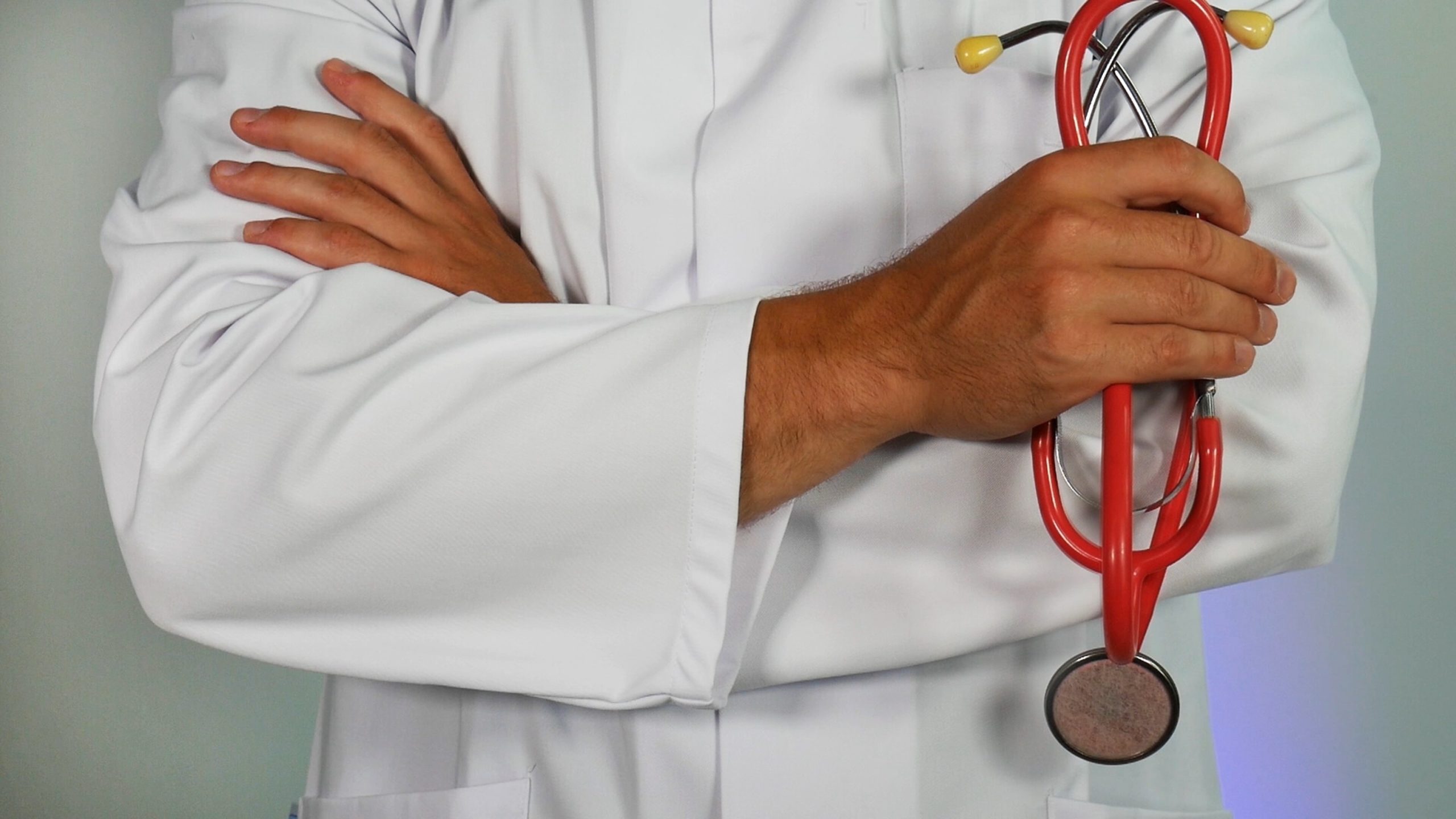 Our chief executive, Dr Grant Davidson, PhD, spoke with RNZ Nine To Noon about proposals for rural GPs to be trained in their home towns to help alleviate the rural health crisis. 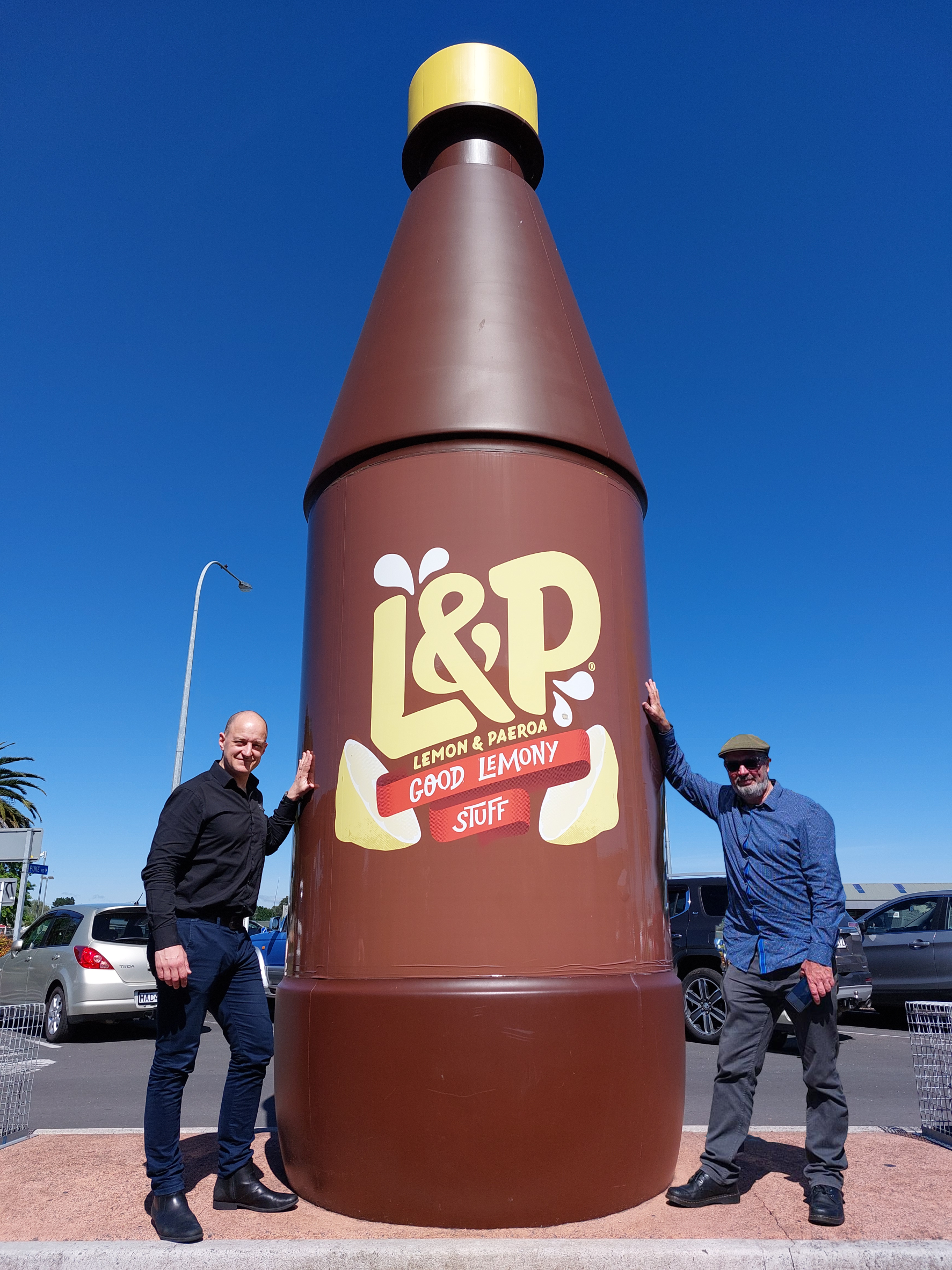 Early November brought with it one of the highlights of the NZLocums yearly calendar: one of our rural practice visits. This year, John and I spent November 1-2 visiting rural practices in the Waikato. 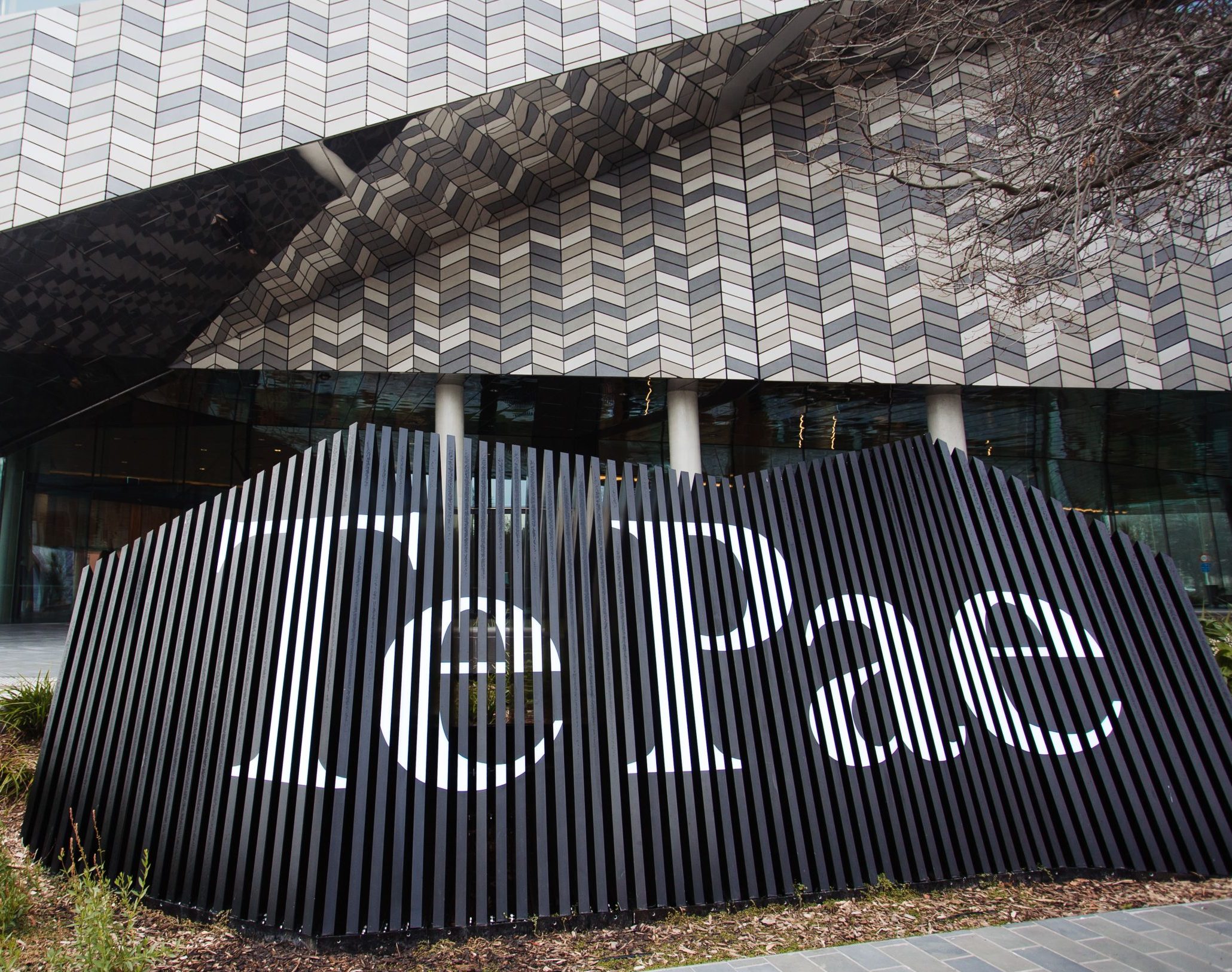