The New Zealand Rural General Practice Network has flourished since its conception 30 years ago.

In 2022, the Network celebrates its 30-year anniversary. As the Network reaches this milestone, we are proud to take a step forward towards a brighter, stronger future for rural health and become Hauora Taiwhenua Rural Health Network.

We acknowledge and credit the founding members, all past and present Board members and leaders, and all those who helped to shape the Network to place it in the strong position it is in today. It is only with this strength, and the support of all our members, that it is possible to flourish in such a significant way.

We carry the legacy of the Network proudly into the future as Hauora Taiwhenua Rural Health Network.

Where we’ve come from

The New Zealand Rural General Practice Network was first conceptualised in 1991 by a group of rural general practitioners who were passionate about providing primary care to rural communities.

The Network was officially formed when the founding members met in February 1992 at the inaugural Rural Health Conference in Rotorua.

The Network became the only nationwide membership-based organisation in New Zealand to represent the specific interests of rural health.

In July 2000, the New Zealand Rural General Practice Network was incorporated under the Incorporated Societies Act 1908, and in June 2008 became a registered charity under the Charities Act 2005.

Throughout the years more rural health organisations began to form including Rural Health Alliance Aotearoa New Zealand and Students of Rural Health Aotearoa, both of which the Network helped found, along with the New Zealand Rural Hospital Network and Rural Nurses New Zealand.

The Network has worked closely with these organisations to form strong partnerships and took on secretariat services for many of them in recent years.

These important relationships, which have been nurtured over time, have helped us build an influential platform, enabling us to engage with the Government and Ministry of Health, and has meant our voice has been heard in important groups including the General Practice Leaders Forum, National Rural Health Advisory Group and the National PRIME Committee.

“We acknowledge Te Tiriti o Waitangi and are commited to making it visible and real in our community, region and embedded within our organisation.”

The Network began its bicultural journey in 2009 when the Board adopted a Te Tiriti o Waitangi Policy acknowledging the three principles of partnership, protection and participation. The Board approved an amendment to our original Trust Deed with the addition of a clause acknowledging Te Tiriti o Waitangi and a commitment to making it “visible and real in our community, region and embedded within our organisation.”

Recognising the need to develop a formal relationship with iwi/Māori, the Board invited Herewini Pu Neho, a Central Otago/Southland kaumatua, to support the incumbent Board chair. Bill Nathan (Te Āti Awa, Ngāti Kahungunu ki Wairarapa and Ngāi Tahu) and his wife Donas Nathan (Whakatōhea) agreed to support the Chief Executive and staff of the Wellington office as kaumātua.

First known as the kaumātua Kaunihera, this Rōpū grew and in 2017 was gifted the name of Te Rōpū Ārahi (the Leadership Pathway) by Herewini Neho. Te Rōpū Ārahi has partnered with the Network to enhance the achievement of the Networks vision of equitable quality healthcare for rural communities. Over the years, Te Rōpū Ārahi has been fundamental in the development and management of many Network activities and continues to support our efforts to improve health equity for rural Māori.

Our partnership with Te Rōpū Ārahi is an essential part of our commitment to enacting Te Tiriti principles of partnership, protection, and participation.

To further embed this partnership, a Kawenata (partnership agreement) was developed between Te Rōpū Ārahi and the Network, which was signed and adopted by both parties during the National Rural Health Conference in Taupō in 2021.

In the same year, a Tikanga Guide was produced to assist Network staff members and health professionals to develop an understanding of Tikanga Māori practices and processes. The purpose of the Tikanga guide is to help address health inequity to improve health outcomes for rural Māori.

In our transition towards Hauora Taiwhenua, we have taken deliberate steps to formally acknowledge our commitment to te ao Māori and Te Tiriti o Waitangi as an organisation.

In 2022, Hauora Taiwhenua staff began a bespoke Tikanga training course through Skills Active. Through this training, staff are gaining a deeper understanding of Tikanga Māori practices and how they can be applied in our workplace and in our interactions with Māori stakeholders and partners.

On this journey, we continue to develop our understanding and appreciation of te ao Māori internally through Mihi/Pepeha, Karakia, Waiata, Pōwhiri, and Tākaro and by speaking more te reo in our conversations every day.

We are working hard to continuously challenge ourselves to grow our cultural confidence as an organisation, and to create a safe environment for individuals on their own personal cultural competency journeys.

In November 2020 at the AGM, the Board introduced to members a proposal to unite with our rural health partners as a collective organisation. This organisation would be designed to allow specific interest groups, named Chapters/Te Whare Taumata, to meet and identify concerns, and for the strength of the collective to advocate on their behalf. It would be open to any other groups seeking membership who share our common vision and acknowledge the principles of Te Tiriti o Waitangi.

Following support from members and the Board during this AGM, the Chief Executive and management team toured the country to consult with members in a series of roadshows and to get their feedback on the idea of becoming a new organisation. The Network continued to engage with members through regular communication about Hauora Taiwhenua and the transition we were planning to make.

At the AGM in April 2021, members were given the opportunity to vote on the proposal to transition to the new collective organisation Hauora Taiwhenua Rural Health Network. Members voted in favour of the proposal, which was our first step forward in the transition.

The Hauora Taiwhenua Council held its inaugural meeting in November 2021. During this meeting, the Inaugural Board and the nine Chapters of Hauora Taiwhenua Rural Health Network were named. The final constitution was approved and the charters for each of the chapters were accepted. These formed the application for the Incorporated society status which was confirmed in December 2021.

On Tuesday 28 June, Hauora Taiwhenua Rural Health Network was launched in The Grand Hall at Parliament.

One of the New Zealand Rural General Practice Network’s strategic priorities was to: Be the trusted and united voice of rural health.

Over recent years, the rural health sector has been under immense pressure from issues around workforce shortages, funding and logistical challenges. We have also been in a period of great opportunity and potential threat as the sector faces the implementation of the Pae Ora Healthy Futures Bill and as the New Zealand Health system undergoes significant transformation.

The Board grappled with how best to position the Network to ensure its strength could continue in this era of contestable funding and when there are an increasing number of health-related voices, which were diluting our message.

Over the last few years, we forged strong working partnerships with four other rural health networks with whom we shared a common vision for healthy and thriving rural communities:

The Network Board and the Boards of our rural health partners recognised the strengths in advocating with a trusted and united voice and developed the idea to come together in a new collective organisation. This collective would allow a unified voice, representative of the whole rural health sector.

The Board believe that as a connected and united organisation we are in a more powerful position to advocate for the health and wellbeing of all rural New Zealanders and shape a better future for rural health.

Hauora Taiwhenua Rural Health Network is a collective organisation to advocate for the health and wellbeing of rural New Zealanders. 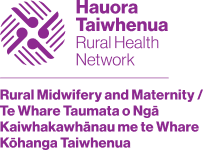 Our name and brand

The name Hauora Taiwhenua was gifted to the organisation by Te Rōpū Ārahi.

The key values our brand portrays include:

Our brand and our people embody these values through being:

Our logo is a symbol of knowledge, community and support. It is a nurturing shape that comes together in unity.

The unfurling frond is symbolic of new life, new beginnings, a new start and hope. 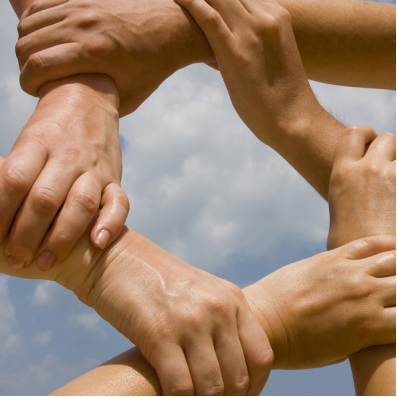 A coming together to support, creating a collective strength and trust in each other.

The kete/woven basket, represents a container of knowledge and wisdom. 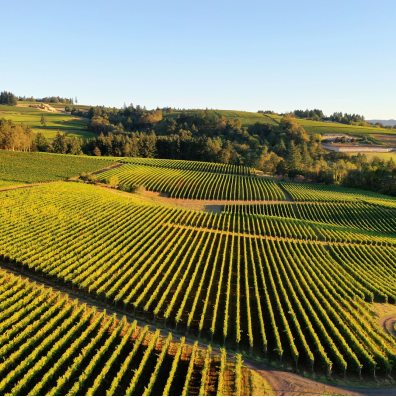 The shapes that represent the rural New Zealand landscape.

The NZLocums & NZMedJobs logo has been developed using elements from the Hauora Taiwhenua logo, but in such a way to reflect the natural environment in which rural communities live, and the importance of the people that we help find to work in those communities to help them flourish. 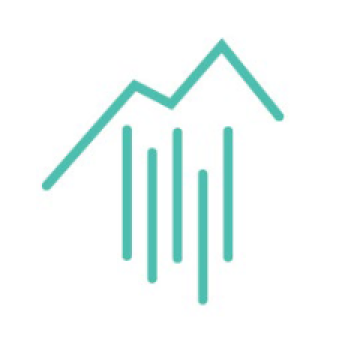 The vertical lines in the logo are arranged in such a way that they form a subtle shape of mountain peaks. Similarly, the vertical lines can be seen to represent the streams and rivers flowing down from those peaks. 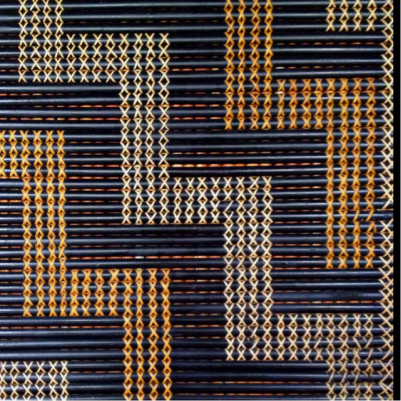 The vertical lines are also stepped, in much the same way as a traditional Māori tukutuku panel in the Poutama pattern. The stepped pattern of tukutuku panels and woven mats, symbolises genealogies and also the various levels of learning and intellectual achievement.

The two koru represent the people in the community – both people needing help with their wellness, and those medical professionals who help people thrive.

Operations of the Network moved to Wellington

NZLocums contract extended to include long-term and permanent placements

A membership rate for practices is approved

A proposal to form a collective organisation is introduced

Members of RHAANZ, RHN, and NZIRH vote to transfer assets to Hauora Taiwhenua